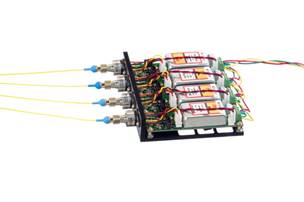 In collaboration with a number of industry partners, Dr. Jennewein and his team will refine the requirements for a QKDR, select an instrument concept, develop the detailed design of the prototype, quantify single photon detectors for the space radiation environment, assemble and functionally test a prototype QKDR, and conduct an end-to-end test to simulate a long-distance Quantum Key Distribution (QKD) experiment.

Over the past three years, Dr. Jennewein and his team have been working with industry partners to advance a proposed microsatellite mission called QEYSSat (Quantum EncrYption and Science Satellite) through a series of technical studies funded initially by Defense Research and Development Canada (DRDC) and subsequently by the CSA. Dr. Vadim Makarov will support the project through his extensive expertise on single photon detectors and security of quantum cryptography systems, and the study on mitigating detector dark counts through cooling of devices.

QEYSSat’s mission objectives would be to demonstrate the generation of encryption keys through the creation of quantum links between ground and space, and also to conduct fundamental science investigations of long-distance quantum entanglement. Developing and demonstrating a compact prototype QKDR that has the required form, fit and function suitable for a low-cost microsatellite mission will advance the relevant technology and significantly retire technical risks associated with a potential future flight instrument for QEYSSat.

QKD establishes highly secure keys between distant parties by using single photons to transmit each bit of the key. Since single photons behave according the laws of quantum mechanics, they cannot be tapped, copied or directly measured without detection. The huge benefit for users of such systems is the peace of mind of knowing that any attack, manipulation or copying of the photons can be immediately detected and overcome. QKD solves the long-standing problem of securely transporting cryptographic keys between distant locations. However, ground-based technologies can only cover distances of up to 200 km due to photon absorption in fibre optic cables. Satellite-based QKD systems like the proposed QEYSSat mission offer the best approach for surpassing this distance limitation with today’s technology.

For over a decade, Dr. Jennewein has been strategically involved in shaping and advancing long-distance quantum communication experiments by bringing quantum communication experiments into space. This work was initially started by the European Space Agency (ESA) in 2001 and evolved into a program called Space-QUEST, which included a proposal for performing several experiments on the foundations and applications of quantum physics in space with space-based quantum hardware.

In 2008, Dr. Jennewein participated in an experiment in which reflected weak laser pulses were sent from the ground to a low Earth orbit satellite and the transmission results were used to estimate a key rate for QKD transmission from the satellite to the ground. Prior to his work with the CSA as the principal investigator for QEYSSat, Dr. Jennewein was a co-investigator in a series of ESA studies on quantum physics in space.