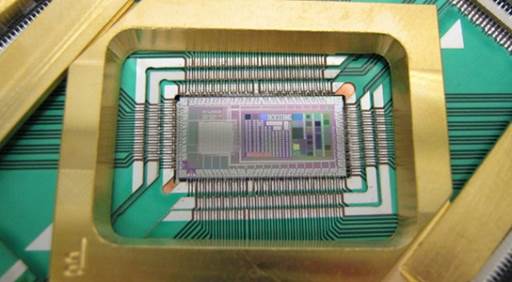 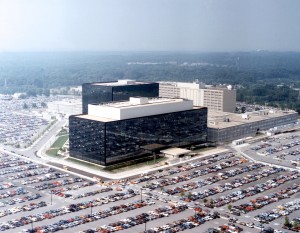 According to the documents leaked by Snowden and published by The Washington Post, there are at least two programs that deal with quantum computers and their use in breaking classical encryption — “Penetrating Hard Targets” and “Owning the Net.” The first program, Penetrating Hard Targets, is funded to the tune of $79.7 million and includes efforts to build “a cryptologically useful quantum computer” that can “sustain and enhance research operations at NSA/CSS Washington locations, including the Laboratory for Physical Sciences facility in College Park, MD.” The second program, Owning the Net, deals with developing new methods of intercepting communications, including the use of quantum computers to break encryption. (Read: Move over, quantum cryptography: Classical physics can be unbreakable too.)

As always with Snowden’s leaks, it’s not actually surprising that the NSA is working on quantum computing and cryptography, but it’s still a bit weird to see its plans laid bare. The mathematical, cryptographical, and quantum mechanical communities have long known that quantum computing should be able to crack classical encryption very easily. To crack RSA, the world’s prevailing cryptosystem, you need to be able to factor prime numbers — a task that is very difficult with a normal, classical-physics CPU, but might be very easy for a quantum computer. We say “might” because no one has built a fully functioning multi-qubit quantum computer yet — and that’s why there’s so much attention on who will build the first cryptographically useful quantum computer. 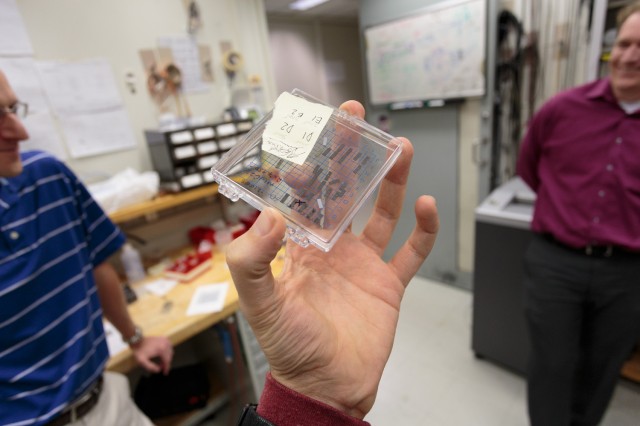 Me, holding some qubits at IBM’s quantum research lab

As for when we might actually see the first useful quantum computer, I would put my money on “the next five years.” We are now getting to the point where coherence on a single-qubit level is not so much of an issue, allowing researchers to move onto the trickier topic of stringing multiple fully entangled qubits together, and the necessary error checking/fault tolerance measures that go along with multi-qubit setups. From what it’s published so far, the Laboratory for Physical Sciences, which is carrying out the NSA’s quantum computing work under contract, doesn’t seem to be leading the pack in terms of building a quantum computer. IBM, with its superconducting waveguide-cavity qubits, appears to be closer to realizing a quantum computer. (Watch: Quantum computing explained.)

Despite Snowden’s leak, then, it is at least somewhat comforting that the NSA doesn’t appear to be ahead of the rest of the industry. In reality, something like a working quantum computer would be so hugely significant that it would be impossible for the NSA to develop it internally and keep it a secret. In short, even if the NSA does develop a quantum computer to intercept all of your encrypted communications, there will almost certainly be other international actors with quantum computers that will keep the US government in check.