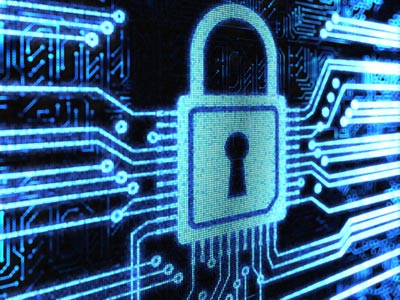 Quantum mechanics can offer a secure way of communicating

Two independent groups have demonstrated how a pair of entangled photons can transfer their entanglement to and from a solid – the process that should one day form the backbone of so-called quantum memories or repeaters. These devices would enable quantum communication systems to transmit information over larger distances, with significantly reduced degradation.

"While I was sceptical a few years ago that a useful quantum repeater or quantum network could be built, I am now very confident...that this goal can be achieved in the next five to ten years," says Wolfgang Tittel of the University of Calgary, Canada, an author of one of the papers that appear in Nature today.

Quantum communication is a means of sending information that is fundamentally secure from eavesdroppers. Two photons must be entangled – that is, have their quantum states inextricably linked – at either end of a channel, over which a "key" for decoding encrypted information can be established. Thanks to the uncertainty principle in quantum mechanics, it is impossible to intercept this key without corrupting it, so the official communicators can always tell if a third party has tried to eavesdrop.

One of the limitations to quantum communication, however, is signal degradation. In conventional information networks, engineers get around this problem by installing repeaters, which record a decaying signal and then re-emit it at its optimum strength. Yet, because it is impossible to record a quantum signal without corrupting it, a quantum repeater must be able to absorb and re-emit the entangled photons without disturbing the entangled state. Quantum memories, a more primitive form of repeaters, have been demonstrated before in single atoms or atomic vapours but not, until now, in the solid state, as is required in a robust communications system.

This is the advance made by Tittel's group, which includes members at the University of Paderborn, Germany; and, similarly, by Nicolas Gisin and colleagues at the University of Geneva in Switzerland. Both groups have shown how one photon in an entangled pair can be absorbed by a crystal doped with a rare-earth ion, so that its quantum state becomes stored as an atomic excitation. A fraction of a second later, a new photon is emitted with that entangled state intact.

There are differences between the group's demonstrations. For crystals, Tittel's group used thulium-doped lithium niobate, whereas Gisin's group opted for neodymium-doped yttrium silicate. In addition, a different type of laser set-up has favoured Gisin's group, which reports a maximum storage time of some 200 ns at an efficiency of more than 20%; Tittel's group reports a storage time of 7 ns at an efficiency of 2%. On the other hand, the quantum memory of Tittel's group functions at a bandwidth of 5 GHz – some 40 times greater than Gisin's group – which means, potentially, far more information could be sent in the same time.

Val Zwiller, a quantum physicist at the Delft University of Technology in the Netherlands, says the two groups have made "clearly important steps" towards quantum repeaters, but notes several limitations that suggest engineering challenges still lie ahead. One of these is the low efficiency, and the fact that the storage times are not variable, as would be required in a practical device. Another is that the wavelength of the stored photons is not the international standard used in telecommunications, around 1300 nm. "The work presented in these two articles still lacks on several fronts," Zwiller concludes.

Members from both groups admit there is some way to go before quantum memories or repeaters can be implemented in practical systems, but believe there are no insurmountable hurdles. "Several solutions are already actively pursued in the world, and the rapid progress that has been achieved recently leads us to believe that these will be significantly improved in the coming years," says Mikael Afzelius, a member of Gisin's group.