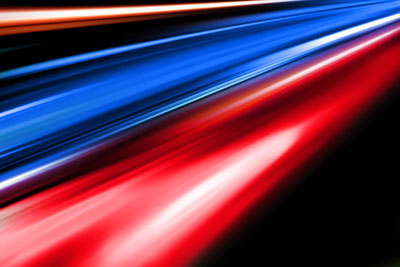 Two independent teams of physicists are the first to have entangled a single photon with a single electron spin held in a quantum dot. Thanks to the ease with which quantum dots can be fabricated and controlled, the breakthrough could lead to practical quantum computers and quantum communication systems.

Entanglement is a quantum effect that allows particles such as photons and electrons to have a closer relationship than predicted by classical physics. For instance, a photon–electron pair can be created experimentally such that if the photon polarization is measured to be in the vertical direction, a measurement of the electron spin would find its spin pointing in the same direction. This occurs in spite of the fact that a measurement on the photon (or electron) alone will reveal a random value.

This close relationship could be put to use in quantum computers, which could in principle outperform today's classical computers. Photons are expected to play an important role in quantum computation because they can carry bits of quantum information (qubits) over long distances. However, photons cannot by their very nature stand still and stationary qubits such as quantum dots are needed to store quantum information. While researchers have already shown that trapped ions and defects in diamond crystals can be entangled with single photons, these systems can be difficult to work with on a practical level.

Quantum dots are tiny pieces of semiconductor that are compatible with conventional electronics and therefore offer a practical way forward. Both teams used quantum dots formed at the interface between two different semiconductors. A single electron can become trapped in the dot – and because the dot is so small, the electron inhabits a set of atom-like energy levels.

Quantum information can be stored in the spin of the electron – with "0" corresponding to spin up and "1" to spin down for example. In both the Stanford and ETH experiments the value of the qubit was set to the spin-up state by firing a "pump" laser pulse at the dots. Then, a second laser pulse is fired at the dot, which pops the electron into a higher energy state. This state can then decay to either a spin-up state with the emission of a "blue" vertically polarized photon or a spin-down state and a "red" photon that is horizontally polarized. Red and blue simply refer to the wavelengths of the photons, with the latter shorter than the former.

The process leaves the quantum dot entangled with both the colour and polarization of the photon. For the entangled states to be useful for quantum computing applications, it must involve only one property of the photon. Therefore an important challenge for both teams is how to destroy one type of entanglement without affecting the other.

De Greve and colleagues addressed this by lowering the energy of the photon in a process called "down conversion". This is done by sending the photon through a special crystal that is pumped by an infrared laser. This process has the effect of "smearing together" the two colour states of the photon and removing that aspect of the entanglement – while preserving the polarization. An added benefit of the down-conversion process is that the photon emerges at a wavelength compatible with optical telecommunications systems.

Meanwhile in Switzerland, Imamoglu's team faced the opposite problem of erasing the polarization entanglement while sparing the colour. To do this they relied on the fact that a plane-polarized photon – with horizontal or vertical polarization – can be expressed as a superposition of circularly polarized photon states (clockwise and anticlockwise). The team passed their photon through a polarizing filter puts all photons into an anticlockwise state erasing the polarization entanglement. The laser pulses used to drive the entanglement process were set to have circular polarization, which means that the polarizing filter also prevented this light from swamping the detection of single entangled photons.

Physicists have already shown that photons can remain entangled after travelling distances of over 100 km in air and therefore this latest development could offer a way to link quantum computers over large distances. Because entangled states are destroyed if an eavesdropper tries to intercept a message, the quantum-dot system could also find use in quantum encryption systems.

Both experiments are described in Nature.