Tuning up for teleportation 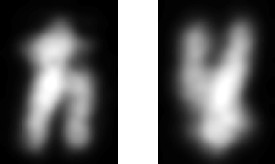 A new technique for controlling the speed of "teleportation" in quantum systems has been created by physicists in the US and the UK. The researchers have demonstrated a way of "tuning" beams of light to distribute quantum information to specific points in space and time. Manipulating and storing data in this way is an important step towards developing new communication devices and eventually a quantum computer, say the researchers.

In quantum teleportation, the sender (Alice) instantaneously transfers the quantum state of a particle to a receiver (Bob). In 1997 physicists captured public attention by teleporting quantum states between "entangled" photons for the first time. Entanglement is a feature of quantum mechanics that allows particles with two distinct quantum states to share a much closer relationship than classical physics allows. Over the intervening 12 years teleportation has been demonstrated over increasing distances and between larger particles.

Now, Alberto Marino and colleagues have addressed a different challenge of quantum computing — the need to control the flow of quantum information. In the experiment, two beams of light were "entangled" then slowed down in a controlled manner as they passed through a cloud of hot rubidium vapour (Nature:2009.10.1038).

"In classic computing, information needs to arrive at the processor just at the right time. In quantum computing, exactly the same is true," says Marino, a quantum-information researcher at the University of Maryland and the National Institute of Standards and Technology (NIST).

Until now researchers have sought to develop quantum memory for long-term data storage. Unfortunately, these systems have been highly inefficient, losing at least 80% of the data. By slowing the speed of quantum data flow, Marino and colleagues have created a short-term memory device that is, according to the researchers, significantly more reliable.

First, the team split a laser beam into two before firing the resulting beams at the hot rubidium gas. Rubidium atoms have just one loosely bound electron in the outer shell, leading to a gas that is highly nonlinear in the way it interacts with light. Within the gas the incoming laser beams become entangled in a process known as "four-wave mixing".

Quantum information is then carried in the form of fluctuations in the phase and intensity of the beams. Initially, the information travels at the speed of light but is then slowed in a controlled way in the atomic vapour.

"This type of delay will be essential for the realization of quantum networks," says Hans-Albert Bachor, a quantum-computing researcher at the Australian National University.

Using this mechanism, detection of quantum information was delayed for up to 27 ns. "Our quantum ‘images’ are the equivalent of the data buses in digital computers," says Marino. The reason this delay could not be even longer is that the longer data are stored, the more noise is introduced. "Our next challenge is to preserve the quantum correlations while maintaining their quality," said Vincent Boyer, also at the University of Maryland/NIST.

In Bachor's opinion, it is too early to consider applications for this system, but this is "limited only by our imagination".

"Short-term applications might include quantum sensors; these could work with only short fractional delays," said Boris Blinov, a quantum systems researcher at the University of Washington.