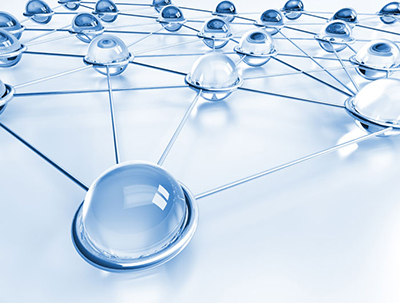 The UK government has announced that four universities – Birmingham, Glasgow, Oxford and York – will serve as hubs in a L120m programme to explore the properties of quantum mechanics and how it can be used to develop new technologies. The four Quantum Technology Hubs, which will involve a total of 17 UK universities and 132 companies, will be funded by the Engineering and Physical Sciences Research Council (EPSRC). The money comes from the L270m investment National Quantum Technologies Programme that was first announced in 2013 by UK chancellor George Osborne and will run across the next five years.

Details of the funding package were unveiled today by Greg Clark, the UK's minister of state for universities, science and cities, who says that quantum technologies "could support multi-billion-pound markets in the UK and globally". Clark also announced that the National Physical Laboratory will receive L4m towards the creation of a Quantum Metrology Institute (QMI) at its Teddington site near London.

Philip Nelson, EPSRC chief executive, adds that the hubs "will draw together scientists, engineers and technologists from across the UK, who will explore how we can exploit the intriguing properties of the quantum realm". He adds that "The area offers great promise, and the hubs will keep the UK at the leading edge of this exciting field."

The Birmingham hub will focus on quantum sensing and metrology, and will partner with researchers at the universities of Glasgow, Nottingham, Southampton, Strathclyde and Sussex. The hub will be led by Kai Bongs, who works on the physics of ultracold atoms, and will aim to develop commercially viable quantum technologies for measuring time, frequency, rotation, magnetic fields, gravity and other fundamental properties. These technologies could find use in a range of fields, including financial trading, medical imaging and navigation. Quantum sensing and imaging, meanwhile, will be the focus of the hub co-ordinated by Glasgow and led by the optical physicist Miles Padgett. This hub includes Bristol, Edinburgh, Heriot-Watt, Oxford and Strathclyde universities, and aims to build ultrasensitive light detectors for a range of applications including medical imaging, security monitoring and manufacturing. Hub members will also collaborate on the development of quantum sensors capable of detecting tiny signals such as those from single molecules or gravitational fields.

The Oxford hub is led by the optical physicist Ian Walmsley and will focus on quantum computing and simulation. It will include the universities of Bath, Cambridge, Edinburgh, Leeds, Southampton, Strathclyde, Sussex and Warwick, as well as a number of national and international companies. The hub will create quantum-computing systems for applications such as simulating molecules for drug development and processing large quantities of information in disciplines such as economics, climate science and healthcare.

Quantum communications is the focus of the fourth hub, which will be co-ordinated at the University of York. Led by quantum-information specialist Tim Spiller, this hub includes researchers at the universities of Bristol, Cambridge, Heriot-Watt, Leeds, Royal Holloway, Sheffield and Strathclyde. The aim of this hub is to create quantum-encryption systems for secure communications that can be widely and cheaply deployed.

Peter Knight of Imperial College London, who has been involved in getting the National Quantum Technologies Programme off the ground, told physicsworld.com that the disciplines covered by the hubs represent areas of strength for the UK research community, and have clear development strategies for creating commercial technologies. Knight expects the hubs to deliver some technologies – such as sensors, clocks and quantum cryptography – within the first five years of the programme, while the development of others with take longer. However, he is confident that funding for the programme will be renewed after the first five years.

The hubs were put together by first asking UK researchers to organize themselves into consortia for developing quantum technologies. This process resulted in 16 bids, which were then reduced down to eight, in part by the researchers themselves, in a process that Knight describes as "self-organization". Finally, a panel of international experts and industry members selected the four hubs. Now, the directors are looking at expanding their hubs by including worthy researchers that were part of previously excluded consortia. The hubs will also be integrated within the UK's mainstream science-funding programme, so that postgraduate students can take part in research activities.